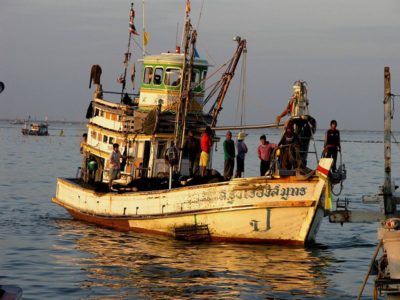 Excessive fishing has caused a decline of 30 percent in several of Australia’s large fish species. While climate and habitat change also play a role in this decline, it has recently been shown that overfishing is the lead cause. And while 30 percent in the past decade may seem like a small decline, it is a slippery slope when it comes to wildlife vulnerability and endangerment.

Every wildlife species is important to the ecosystem, but large fish are especially vital as they control the krill and plankton populations as well as any potential overgrowth of seaweed or algae. Marine ecologists are pushing for a review of the current fisheries and their impact on the environment; unfortunately, assistant minister for agriculture and water resources Anne Ruston claims there is no need for such a review, calling the fisheries “world class.”

We cannot allow overfishing to cause a further decline in large fish species. The loss of even a single one could do irreparable damage to the oceans and overall environment. Sign this petition to demand the ministry allow the review and aid in the protection of large fish species.

Australia’s seas have seen a slow but steady decline of several large fish populations due to excessive fishing, in addition to climate and habitat change. This is a slippery slope, as 30 percent can easily become more, and lead to extinction within years. Every species of fish is vital to the ecosystem, and larger fish control the population of smaller ones as well as any overgrowth of seaweed or algae.

You must allow for a review of Australia’s fisheries as soon as possible. Excessive fishing has been a problem for years, causing a decline in many other fish species as well as endangering other marine wildlife. Fisheries need to be evaluated and possibly changed in order to protect these fish species from further decline.