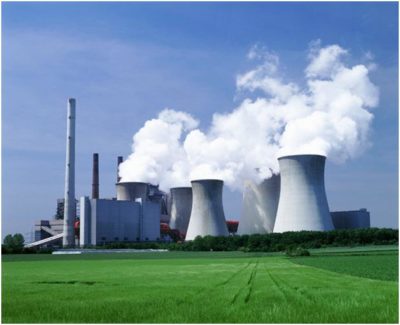 A leaked memo from the Department of Energy revealed plans by the Trump Administration to force power grid operators to purchase electricity from declining coal-fired power plants in order to prevent their shutdown.

The proposal would use two federal laws, the Defense Production Act of 1950 and the Federal Power Act, to direct electricity grid operators to purchase power from “more reliable” sources that have fuel located on-site, i.e. coal-fired, power plants. These plants are noncompetitive with cleaner, cheaper power plants that use natural gas and renewables, and are facing decommissioning and switchovers to other fuel sources. The leaked memo cites national security issues in encouraging the support of struggling dirty energy plants, however, grid operators and other experts reject the administration’s premise that there are reliability concerns with the current mix of natural gas and renewables for power generation. Instead, the Trump Administration is feeding into public concerns for national security in order to support ailing industries that should be eliminated by attrition in the marketplace.

This is an unacceptable intervention by the government to instill fear and force an agenda of dirty energy. Sign the petition to discourage the Department of Energy from intervening on behalf of aging coal-fired power plants and instead bolster our energy independence using clean, renewable energy.

The bailout of dirty energy companies under the guise of national defense is despicable. Coal-fired power plants are rightfully being eliminated by attrition because they cannot compete with cheaper, cleaner power such as natural gas and renewables. The energy industry is not experiencing any of the alleged reliability issues used to justify this unprecedented intervention.

This is not an issue of energy security or national defense, but one of politics. America wants cleaner energy, not a federal bailout of coal-fired power plants undergoing decommissioning. Do not collapse under pressure from President Trump to promote an agenda of dirty energy.