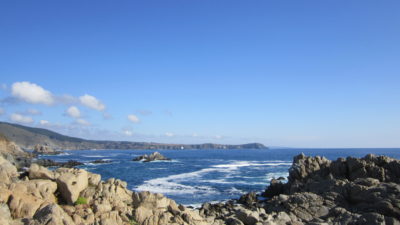 Goal: Congratulate Chile on being the first nation in the Americas to institute a nationwide plastics ban, and ask that it encourage others to do the same.

Chile just became the first country in the Americas to institute a nationwide ban on plastic bags. Chile’s leadership is crucial in beginning a trend of similar legislation all over this part of the world.

Outspoken support of the plastic bag ban by the president resulted in a vote that was near unanimous in Chile’s Congress for passing the legislation, with wide public support as well. The ban was originally focused only on Patagonia, the southernmost tip of Chile, but was broadened to include the entire country. Within the next six months, all major retailers will no longer be allowed to use plastic bags. Smaller businesses will have two years to comply with the ban. Chile’s previous president had already banned the use of plastic bags in many coastal regions.

Plastics pollution, especially single-use plastics, plagues the ocean environment and marine life all over the world. Estimates by Sea Turtle Conservancy reveal that marine mammal deaths from plastics pollution total around 100 million per year. This nearly incomprehensible statistic is just one of the reasons for instituting plastic bag bans around the world, as has already been done by Bangladesh, Rwanda, Kenya, and other nations. Sign the petition to congratulate Chile on their nationwide plastic bag ban as an important step in protecting Chile’s coastline, as well as the ocean in general.

Your government’s ban on the use of plastic bags is monumental, both in its protection of the environmental and its importance in beginning this trend in the Americas. The ocean is of vital importance, as are its inhabitants. However, they are plagued by pollution all over the world.

Conservation organizations estimate marine mammal deaths in the millions per year due to plastic pollution, so eliminating Chile’s 3.4 billion plastic bags per year is commendable. I applaud your leadership in reducing the threat of plastics pollution to marine life and ecosystems. I hope you encourage your neighboring countries to do the same.