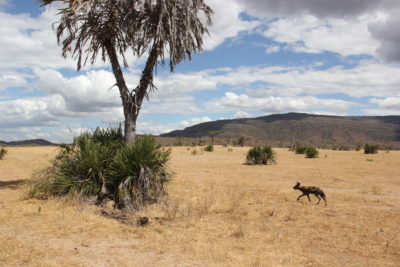 Goal: Stop construction of enormous hydrodam in Selous Wildlife Reserve that could irreparably harm the habitats of many protected species.

A proposed hydrodam project in Tanzania is threatening the habitat of many endangered species. The dam is proposed to be constructed in the Selous Wildlife Reserve, which is a UNESCO World Heritage Site and one of the largest protected wild areas in Africa. A large number of protected animals could be lost, including elephants, endangered African wild dogs, and the critically endangered black rhinoceros.

The dam is proposed to be constructed in the Rufiji River starting in July. The 430-foot tall, 2,300-foot wide dam would provide 2,100 megawatts of electricity to Tanzania and create a 463-square-mile lake, covering much of the area where the protected animals congregate during the dry season, according to scientists. Over 2.6 million trees would need to be felled to make way for the project. It is estimated that the damming of the river would impact approximately 200,000 farmers and fishermen downstream, by shutting off water and nutrients to farms and fisheries. Many endangered species who live in the area will also be impacted, facing extreme loss of habitat.

Tanzania has called on the African Development Bank for funding of this hydropower project, but there is still time to stop this environmentally destructive project. Development of any kind is strictly prohibited by UNESCO on World Heritage Sites, yet the Tanzanian government is moving forward with the project in direct violation of these restrictions and without regard for the environmental consequences. Bids for logging the area to be flooded, an activity that is prohibited in the reserve, have already been accepted, and Tanzania has not conducted the proper environmental assessment of the project. Sign the petition to discourage the African Development Bank from funding this destructive project and end the threat to protected species in the Selous Wildlife Reserve.

The hydropower project proposed by Tanzania in the Selous Wildlife Reserve will irreversibly damage one of the largest protected wild areas in Africa, impacting numerous species of endangered animals. The Tanzanian government is ignoring the environmental consequences of this development and will directly violate UNESCO regulations of this World Heritage Site if this project continues. There is still time to stop it, before millions of trees are felled and hundreds of square miles of habitats are lost.

Conservation groups have united in condemning this project, calling it “fatally flawed” (IUCN) and causing “serious and irreversible damage” (UNESCO’s World Heritage Committee). The Tanzanian government has not performed the proper environmental assessment on the project. It is estimated that 200,000 farmers and fishermen will be negatively impacted downstream from the stopping of the Rufiji River. The manmade lake formed by the hydrodam will also impact numerous endangered species, including the elephants, giraffes, African wild dogs, black rhinoceros and many more who call the Selous Wildlife Reserve home.

The hydropower plant is not identified in Tanzania’s energy plan as urgently needed and is not the most cost-effective method to provide electricity to the area. This single, centralized power plant in a remote area will require significant investment and infrastructure development to distribute power. Do not fund this illegal, environmentally destructive project that will harm both protected wildlife and Tanzanian citizens. More sustainable, economically viable options for power generation need to be explored. Invest instead in de-centralized renewable energy sources such as wind and solar, which are more cost-effective, more efficient in distributing power, and will not permanently impact this protected wildlife refuge.