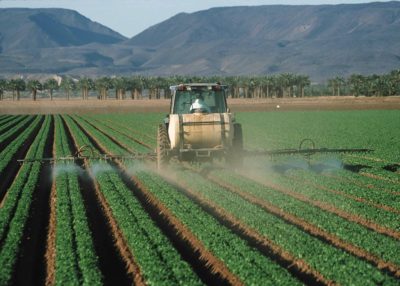 Goal: Support Switzerland in becoming the second country in the world to scrap the use of synthetic pesticides.

Switzerland will soon decide whether or not to entirely eliminate synthetic pesticides. Switzerland may be home to the world’s largest pesticide manufacturer, Syngenta, but over 140,000 people signed the referendum to divest from the industry. Thanks to direct democracy, the popular vote is expected to succeed with approximately 13 percent of Swiss farmers already using organic methods. The only other country with similar policies is Bhutan.

Grassroots organizer Etienne Kuhn launched the crowd-funded project in November, 2016. Now he’s expected to face opposition from agrochemical supporters trying to prevent legislative changes. Early advocacy will guarantee more public support as Switzerland begins its checks and balances. Industries would have to adapt within 10 years if the ruling passes. In the interim, aid Swiss citizens in phasing out synthetic pesticides by signing the petition below.

Switzerland could soon become the second country in the world to entirely ban synthetic pesticides. This is good news for wildlife, including bees and fish, which are threatened by these harmful chemicals. These pesticides can also pose a hazard to the reproductive, endocrine, and central nervous systems of humans. Removing them entirely could have innumerable benefits for Switzerland as a whole.

Ten years for industry personnel should be enough time to plan accordingly. For once in the history of science, apply the precautionary principle by banning the use of these harmful chemicals.