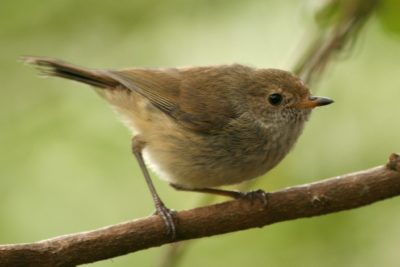 Goal: Save King Island’s brown thornbill and scrubtit from extinction.

Two of King Island’s rare and treasured birds are dangerously close to extinction due to habitat loss, fire, and acid runoff on soil. The brown thornbill and King Island scrubtit’s numbers have fallen dangerously low within the past few years, with the latter’s being at less than 50. Both species could disappear forever within 20 years or less, much like the bramble cay melomys.

King Island has been pleading with Australia’s federal government for years to fund their conservation efforts, to no avail. According to the Wings on King Bird monitoring group, “neither the state nor the federal government has ever put up their hand to help these birds,” which is unacceptable. Birds in general are vital to the ecosystem, as they help control insect populations and carry pollen to flowers, among other methods of keeping nature thriving. Should one or both of these species disappear, King Island’s environment will suffer harsh consequences that could harm other living beings.

We must ensure the survival of the thornbill and scrubtit. Sign this petition to demand Australia’s federal government fund conservation and protection efforts to keep these little birds alive.

King Island’s scrubtit and brown thornbill are dangerously close to disappearing, with the scrubtit’s numbers being at less than 50. The birds are falling victim to habitat loss and other environmental dangers such as fire and acid runoff, and could disappear completely within 20 years or less. Unfortunately, the government has yet to respond to King Island’s plea for funding to save these birds.

All birds are vital to the ecosystem, as they control the bug population and help pollinate flowers, among other things. The loss of any bird species is dangerous, and King Island will suffer the consequences if the thornbill or scrubtit disappear. You must help fund the conservation effort for these birds, including but not limited to improving environmental conditions. These birds deserve a chance to thrive once again.