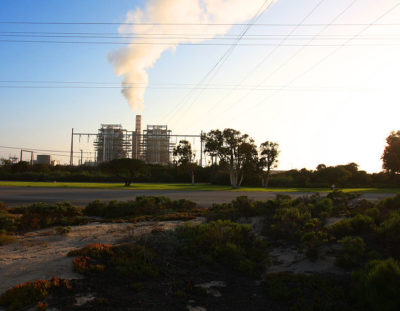 The EPA has delayed issuance of a renewed water discharge permit for the Four Corners Power Plant in New Mexico that was applied for in 2006. In that time, this coal-fired power plant has continued to spew poison into the air and water with no updates to the plant’s discharge limits or control technology.

The Four Corners Power Plant is coal-fired, burning 19,000 tons of coal per day to provide electricity to customers in Arizona, New Mexico, and Texas. It has long been criticized for being a significant contributor to both air and water pollution in the San Juan River area. Over the past 12 years of EPA inaction, technological advances have been made that could reduce the air emissions and the pollution discharge to the San Juan River from the plant. However, since no action has been taken on the water discharge permit, the plant has continued using old technologies as allowed under its old permit.

Water discharge permits are supposed to be renewed every five years and opened for public comment. Even if the plant is meeting water quality discharge limits, there has been no opportunity for discourse by residents to voice their objections to this coal-fired monstrosity. Sign the petition for the EPA to take action on the water discharge permit and allow public comment on this contentious power plant.

The EPA’s inaction over the past 12 years regarding the Four Corners Power Plant water discharge permit is unacceptable. These permits should be renewed every five years and opened for public comment, to allow discourse between regulators such as yourself and residents who are directly affected by the pollution from this power plant. Technological advances have been made in the meantime that could reduce pollutant discharge from the plant. More information could have been collected on the impacts of this plant on the environment, including endangered fish species in the San Juan River, in order to reduce the plant’s discharge limits and prevent further impacts. Yet nothing has been done.