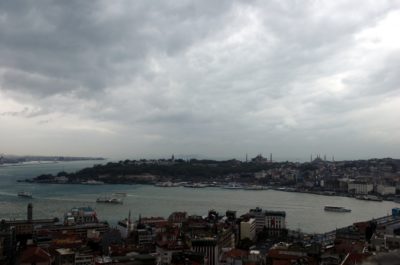 A canal project supported by Turkey’s president is threatening the residents along the proposed route of the canal development. Developers of the construction of Canal Istanbul, which is intended to boost Turkey’s economy, have not taken the potential environmental impacts into account. This action needs to be stopped before thousands of residents are displaced and permanent ecological damage is done.

Canal Istanbul is a 30-mile long waterway proposed to connect the Black Sea and the Sea of Marmara through Istanbul. It is located 18 miles from the Bosporus Canal, which already conveys shipping traffic in and out of Istanbul. The proposed route would introduce salinity from the Black Sea into inland water features such as lagoons, lakes, ponds, and rivers, which would destroy the natural landscape and threaten farmers who rely on these water sources to water crops and animals. Rapid development and population influx has already begun along the proposed canal route, further threatening water quality in the area and increasing drought conditions. In addition, the canal route will destroy one of two main reservoirs that provide drinking water to the area.

Turkey’s Chamber of Civil Engineers believes that Canal Istanbul has the potential to cause significant environmental harm to the areas along the proposed route. Although the government has reportedly reviewed the potential environmental impacts of the Canal Istanbul development, experts disagree and say they have not been consulted. Villagers in attendance at public meetings regarding the project were reportedly met with armed police and feared to voice their concerns over the disappearance of their reservoir. Sign the petition to encourage the president of Turkey to consider the impacts on the environment and Turkey’s citizens before embarking on one of the largest infrastructure developments Turkey has ever seen.

The proposed Canal Istanbul could irreparably harm the environment along its route, and these impacts should be considered before beginning one of the largest infrastructure developments of your country’s history.

This is so important because connecting the Black Sea and the Sea of Marmara would introduce salinity into inland waterways and agricultural areas. This could cause significant impacts for both the environment and the residents who rely on agriculture for their wellbeing. Increased development along the proposed canal route has already increased drought conditions in the area and is displacing residents. One of the reservoirs that provides drinking water to the residents will also be destroyed.

The residents of the area are fearful of retaliation if they speak out while their homes, drinking water, and livelihoods are at stake. Please, consider your citizens and the environmental impacts of this enormous undertaking before permanent damage is done.