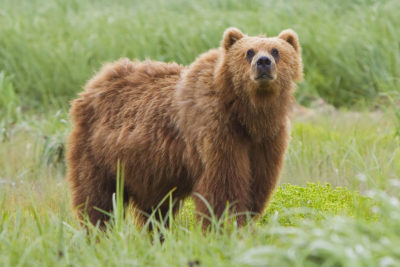 Target: Donald Trump, President of the United States of America

Goal: Do not lift ban on extreme hunting in Alaska.

The Trump administration is discussing lifting a 2015 ban on aggressive predator control tactics in national preserves in Alaska. If the ban is lifted, extreme hunting tactics, like shooting bear cubs and wolf pups in their dens, will become legalized. The proposal to repeal these rules has received a lot of negative responses from environmental groups.

The changes would affect the National Park Service’s current regulations and would permit controversial sport hunting and trapping techniques on about 20 million acres of Alaskan federal lands. Supporters of lifting the ban claim that allowing these controversial techniques would increase hunting opportunities on national preserve land.

Actions that are currently prohibited but would be allowed if the ban is lifted include luring bears with bait, hunting bears and their cubs using artificial lights, shooting animal young in their dens, using dogs to hunt bears, and shooting caribou that are swimming to escape motorboat traffic.

Sign this petition to urge Donald Trump to protect Alaskan wildlife by keeping the ban on extreme hunting tactics in Alaska.

Alaksa is one of the last wild areas that the United States has, and it needs to be protected and preserved. A recent proposal made by your administration would lift a ban on extreme hunting tactics on federal lands in Alaska. This would permit hunters to shoot animal young in their dens and use dogs and artificial lights to hunt bears. To use these cruel and unfair tactics to hunt wild animals for sport is unjust and cruel. I urge you to keep the ban on extreme hunting tactics in Alaska to protect and preserve the animals that call Alaska their home.