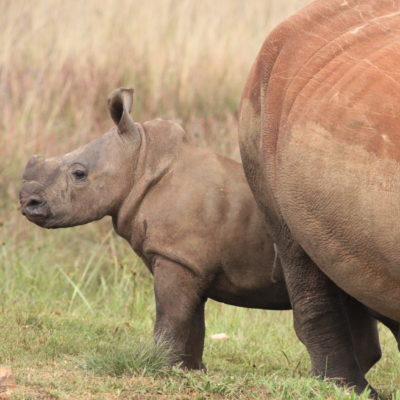 Target: Inger Andersen, Director General of the International Union for Conservation of Nature

There is no scientific consensus that the fees paid for trophy hunting have had any appreciable impact on saving the animals that are being hunted. Yet this is the justification by some organizations and hunters for continuing to support this cruel practice: that killing these animals and taking their body parts as a prize somehow promotes their wellbeing. In Tanzania alone, hunting expeditions and game fees brought in $75 million between 2008 and 2011, compared to the $600 million per year needed for conservation programs. Even if all the money is reaching these programs, which some experts say is unlikely in many war-torn areas, it is not nearly enough to justify the cruelty of trophy hunting. The term “trophy” is just a euphemism used in an ethically gray area by those who wish to validate their immoral actions – what reason do hunters have to support animal conservation except to continue hunting?

The U.S. has ceased support of a ban on trophy importation, so opposition in the conservation community is crucial to ending the unethical dismemberment of animals for show. The IUCN should stop encouraging hunters’ behavior with the justification that their cruelty somehow aids conservation efforts. Sign the petition to urge the IUCN to say enough is enough and end the propagation of misleading information regarding trophy hunting as a conservation effort.

In light of the U.S. lifting its ban on trophy importation, animal conservation is more important than ever. How can an organization such as the IUCN claim to conserve nature while supporting trophy hunting for conservation? With no scientific consensus supporting this idea, it is concerning that this information is being propagated from a leader of the conservation community to justify the mistreatment of animals with their dismemberment as a prize.

It is not clear that all of the proceeds from hunting expeditions and game fees go to conservation programs, especially in war-torn regions such as Africa. Even if 100% of the money went towards these efforts, in many cases it is not nearly enough to offset what is required to sustain conservation programs. At the end of the day, it seems that giving hunters a justification for their actions will only kill the animals off faster, or temporarily prolong populations for future hunting. If hunters are keen on the chase, they can use tranquilizer guns to aid scientific research or tracking of these animals. The blanket approval of trophy hunting in support of conservation leaves no room for more effective and humane alternatives to be explored.

Your organization’s support of this illogical idea is simply confounding. Encouraging trophy hunting for conservation justifies cruel actions by humans against animals and limits innovations regarding conservation alternatives. Its effectiveness is not proven, and even if it was, it should only be used as the very last resort. Please, stop proliferating the idea that trophy hunting aids conservation efforts and support more humane conservation measures.