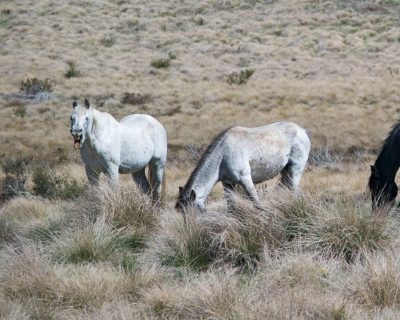 Goal: Support the passing of a law banning the culling of Kosciuszko brumbies.

New South Wales has introduced a bill that will save thousands of wild horses if passed. The Kosciuszko brumbies in particular have been targeted by humans who find the animals a “disturbance” to the environment of the national parks despite scientific research proving otherwise. The proposed solution prior to the bill would have destroyed all but 600 of these horses.

There are always much more humane methods of controlling animal populations than simply killing them, and this bill would ensure the use of such methods. Simply relocating a portion of the population, or allowing for the expansion of their habitat, would be superior solutions. Petitions such as this one have circulated in defense of the brumbies, demanding their protection as well as pointing out the contradiction to the claims that the horses are damaging their environment.

The introduction of this bill is indeed a success, but it is only the first step. Sign this petition to ensure that this bill passes and becomes a law to protect these beautiful, intelligent creatures.

A bill has been introduced to prevent the culling of thousands of wild horses in South Wales. Claims have been made that overpopulation of Kosciuszko brumbies is harmful to the environment, despite all evidence to the contrary; however, if the population must be controlled, there are far more humane methods, and this bill would legally require such methods to be used.

You must support this bill and ensure it passes. The introduction is a great step forward, but it is only the first step. Brumbies are beautiful and intelligent creatures deserving of protection and safety, and ensuring this bill becomes a law will grant it to them. Help us protect these horses from unnecessary deaths.