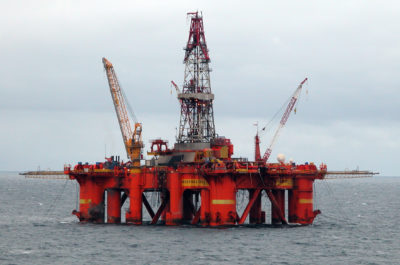 Earlier this year, the Trump Administration announced plans to allow oil companies to drill wherever they want. The move undos Obama-era regulations that protected natural environments from harmful practices such as fracking and offshore drilling. Former employees of the agency overseeing these rule changes has stated that this regulation rollback is destined to create another ecological catastrophe, like the Deepwater Horizon spill in the Gulf of Mexico.

Environmental disasters are not only costly to the planet we inhabit, but to the government who has to spend billions of dollars cleaning up the mess they’ve created. The Deepwater Horizon spill has cost nearly $62 Billion since the spill occurred. The longterm effects of these catastrophes are both costly for taxpayers and tragic for the environment. Sign the petition below to demand Trump keep regulations in place.

The business of the Presidency is to inform decision that benefit the people and the governing body. Rolling back crucial environmental protections will only serve to get you out of office faster. If we don’t take extensive measures to protect our environment, then we lose the very home we occupy.

Don’t listen to the lobbyists offering to line your pockets in exchange for killing the planet, do something reasonable and keep these regulations in place. That is the least you can offer the American people. We demand you terminate these plans at once.