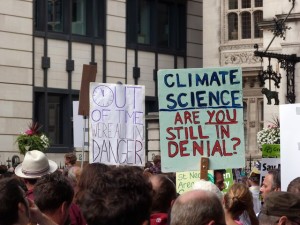 Where banks invest their money is a crucial way of telling where their values lie and for JPMorgan, their values lie in worsening climate change. JPMorgan invests in tar sands in Canada, drilling in the Gulf of Mexico, and fracked gas in Texas, all of these being factors that drive climate change to further extremes. Big spending banks have long been a contributor to climate change, but JPMorgan is currently at the crux of the worst offenses.

Where we spend our dollar is a true indicator of how we influence the world around us, JPMorgan has continually shown that they are in the business of money, not helping. With such a powerful circle of influence, JPMorgan should seriously divest from the fossil fuel industry. Sign the petition below to demand a change be made.

JPMorgan is currently in the hot seat and your executives know it. Serious protests are already happening outside of your headquarters and the investors know that the tide is changing. The time to divest in fossil fuels is now. Major cities such as Seattle have already divested from major banks who further climate change, so why can’t JPMorgan follow the lead?

We the people demand that you take our lead and make the right decision when it comes to divesting from fossil fuels. Stand on the right side of history and put your money where your mouth is.