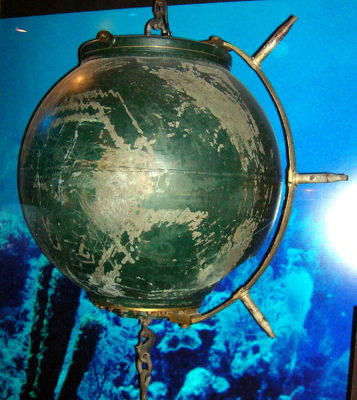 Underwater munitions left over from World War II and prior need to be cleaned up from the ocean beds near coastlines around the world. These remnants of previous wars pose a serious threat not only to marine life but also to humans living and working nearby.

Discarded munition material, unexploded mines, and ships sunk during wartime carrying munitions have been deposited all over the ocean floors following wars for various reasons, including strategic placement and intentional deposition to prevent weapons being accessed by our enemies. Many are from World War II and prior and have been deteriorating for decades. Little information is available regarding the exact locations of these deposits. They can be found all around North America, Europe, and the South Pacific and are often spread over large areas. These munitions are laden with metals and organic compounds that leach into the ocean as the munitions casings deteriorate. The dumping of munitions into the ocean has since been discontinued, but much of what is left is losing structural integrity. These munitions corrode and release metals and chemical contamination into the surrounding water, threatening marine life.

Scientists estimate millions of tons of decaying munitions currently lie at the bottoms of oceans around the world. Unexploded mines have the ability to cause severe damage and fatalities if encountered. Even if the toxins released are diluted enough in the ocean to not cause acute effects in marine life, increased human activities along coastlines around the world, including offshore wind farms, aquaculture, and shipping traffic, are threatened by the presence of these literal ticking time bombs. Sign the petition to urge the Navy to safely remove these from our waters before tragedy strikes or marine life is compromised.

Millions of tons of mines and discarded munitions lay scattered across miles of ocean floors, threatening marine life and offshore activities. These vestiges of a previous time need to be cleaned up before significantly impacting the ocean environment or resulting in an accidental explosion.

Although the active dumping of munitions into the ocean has ceased for many years, many munitions are still present and are reaching the end of their life. These are primarily left over from World War II and prior and have been corroding for decades in a high-salinity environment. Scientists do not know exactly what lies under the ocean and cannot possibly predict the potential outcomes for the long-term release of metals, chemicals, and organic explosives into our oceans. What is worse is the potential for human fatalities if unexploded munitions completely lose structural integrity or are unintentionally triggered and explode. Increased activities near coastlines, where many of these munitions are concentrated, greatly increase the risk of an accident.

I know this is an extremely large and complicated undertaking, but the removal of these munitions from our ocean floors can only benefit marine life, human safety, and our economic interests. Please, use the Navy’s resources and expertise to find and safely dismantle these dangerous materials before something terrible happens.