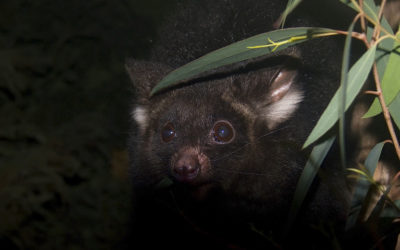 Australian territory VicForests has been prohibited from logging in the habitat of the greater glider possum, but only until a certain date next year. At that point, a three-week trial will be held to discuss the validity of the central highlands regional forests agreement that creates exemptions from anti-logging laws.

There should be no debate as to the invalidity of the RFA, however. There should be no exemptions from anti-logging laws, especially in the case of forests where endangered species reside. Wildlife protection is an ongoing cause, as many species are hunted or chased from their homes by human needs. By February, 2019, it will once again be legal to rob this endangered species of their habitat; this is not nearly enough time for the glider to repopulate and relocate. Additionally, deforestation is already a problem in and of itself across the globe, robbing many other animals of their homes.

Wildlife protection laws should not be a temporary thing, and the RFA should not even exist when deforestation is causing so many problems worldwide. Sign this petition to demand the logging ban remain in place permanently.

VicForests has been temporarily banned from logging in the habitat of the greater glider posssum, a heavily endangered species. Following this will be a trial to discuss the validity of the regional forests agreement and the exemptions to anti-logging laws. However, there should be no rule to grant exceptions, period. Deforestation is already causing many problems across the globe, and wildlife protection laws should be permanent during a time when so many species are threatened with extinction.

Do not allow the logging ban to be lifted in February 2019. The greater glider’s existence depends on it, as they must have enough trees to provide them shelter as they attempt to repopulate. The needs of wildlife should be considered on par with those of humans rather than as an afterthought.