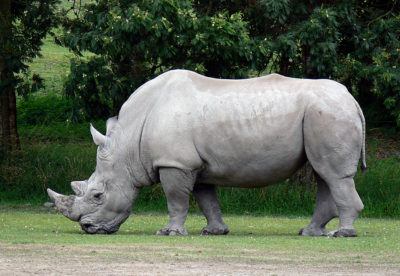 Following the tragic death of Sudan, the last male white rhino left on earth, Kenya has announced its intention to strengthen laws against wildlife poaching and ensure that criminals who break these laws face the most severe consequences. Kenya’s Minister for Tourism and Wildlife, Najib Balala, made the announcement at an event to launch a commemorative stamp in honor of Sudan and raise awareness of the plight of animals like the white rhino. The new laws will face offenders of wildlife poaching with capital punishment.

Balala stated, “We have in place the Wildlife Conservation Act that was enacted in 2013 and which fetches offenders a life sentence or a fine of $200,000 U.S. dollars. However, this has not been deterrence enough to curb poaching, hence the proposed stiffer sentence.” He says that under the new laws, “offenders of wildlife crimes will face the death penalty in accordance with the laws of the land.” This is a momentous stand for humanity, compassion, and the preservation of wildlife. Sign below to support Kenya’s dedication to treating poaching as the serious offense it is, and ensuring that it is not condoned or tolerated.

Your statement of Kenya’s intent to strengthen the consequences of and laws against poaching are an important victory for wildlife preservation and for humanity. Poaching is an inhumane and unacceptable crime. Thank you for recognizing that and taking action to discourage and punish poachers for breaking the laws of the land.

As you stated, the laws Kenya currently has in place are evidently insufficient in curbing poaching. Additionally, the move to make wildlife poaching a capital offense sets a positive example for other countries where poaching is a widespread problem. I support these new laws, and I thank you for taking a stand to protect wildlife.