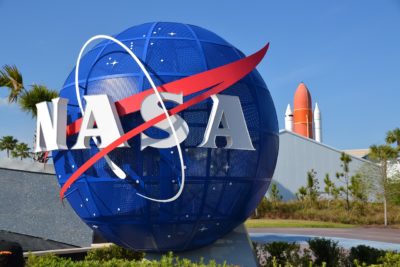 President Donald Trump dealt another blow to environmental conservation efforts by eliminating one of the strongest tools for tracking dangerous pollutants worldwide. NASA’s Carbon Monitoring System tracks emissions of two of the most prevalent and environmentally damaging greenhouse gases: carbon and methane. Systems such as the CMS play a critical role in monitoring and evaluating initiatives designed to curb pollution, such as the Paris Climate Accord.

This latest move represents another in a continued effort at preventing organizations like NASA from initiating and enforcing environmental protections. Under the guidance of the climate change skeptic whom the President hand-selected to head NASA, the organization has seen a massive cut in funding and prominence for earth science programs. Now this environmentally hostile administration—and the President in particular—have in their crosshairs another NASA fixture that analyzes the earth’s carbon levels. If the President’s expectations are met, within two years the Orbiting Carbon Conservatory will be no more.

GEDI—a carbon monitoring instrument—will debut at the International Space Station this year. And by the day, European countries are investing in revolutionary technologies that can protect our environment and help build a better future.

How has the United States contributed to these efforts recently? Within the past few days and against the advice of qualified scientific professionals, NASA was unceremoniously stripped of its own key carbon monitoring system. More cuts are looming, with the target currently being trained on another NASA mainstay that helps track detrimental pollutants. If left unrestrained, these destructive pollutant forces can and will turn our own earth against us.

Other countries are more than willing to step into the future and fill a critical environmental leadership gap that the United States has abandoned. These countries will reap the rewards, financial and otherwise. Make a statement to the world and to the citizens of this country that the planet we call home will not be forsaken.

The Carbon Monitoring System fell in large part because it did not receive needed funding. Do not let the same fate befall another important tool for earth scientists. Fund the NASA Orbiting Carbon Conservatory—and invest in earth science—for your next budget and for years to come.