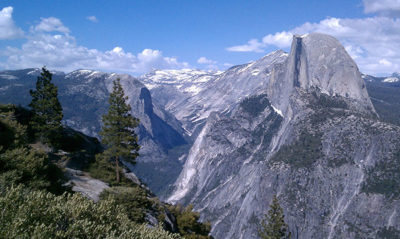 Target: Donald Trump
Goal: Denounce your donor for grabbing iconic places like “Yosemite National Park” and “Half Dome” away from the American people.

Trump donor Jeremy Jacobs, who is the owner of the billion dollar concessions corporation Delaware North, is leading a charge to wrestle ownership of iconic Yosemite names, such as Curry Village, Ahwahnee Lodge, Wawona Hotel, Half Dome, and even Yosemite National Park itself, away from the American people. This greedy corporate owner and Trump backer is sour that his lucrative contract to sell food and services at the national park was not renewed by the Obama Administration, and has responded with a scorched earth strategy that is attempting to assert ownership over the park’s most iconic names.

Delaware North’s greed does not just effect Yosemite National Park, as they also have government contracts to provide services at other parks, including Yellowstone, the Grand Canyon, Olympic, Kings Canyon, Sequoia, and Shenandoah. The idea that a private for-profit company could own and control the names of some of America’s most iconic public places is outrageous and must be opposed.

Trump’s silence to date speaks volumes. Just because a rich billionaire gave Trump a big donation, does not entitle that fat cat to grab the people’s most treasured landmarks. Demand Donald Trump denounce this donor for his greedy attempts to wrestle iconic American names away from the people.

Your donor Jeremy Jacobs, who controls Delaware North corporation, is suing the United States in order to wrestle control of iconic place names, like “Half Dome” and even “Yosemite National Park” away from the American people. So far you have remained silent on this attempted heist of the public trust.

Just because someone gives you money, doesn’t mean they should be immune from accountability. Delaware North lost their concession to provide services at Yosemite, and they should have walked away with honor, rather than sour grapes. As a politician who received a large sum of money from Delaware North’s owner, you have a responsibility to speak out.