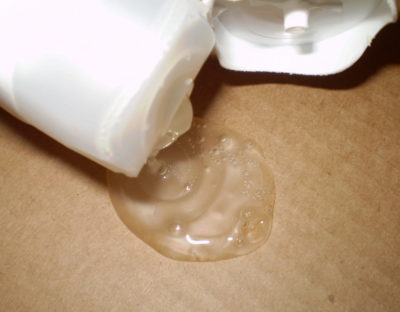 Goal: Ban the use of siloxane in personal care products to reduce air pollution.

Siloxane is a volatile organic compound (VOC), meaning it evaporates into the atmosphere quickly. VOCs are contributors to urban air pollution. They react with other compounds to create ozone and particulate matter, both of which are regulated and can have negative impacts on human health and air quality. Siloxane is a common ingredient in personal care products, such as shampoo, deodorant, and lotions.

A study performed in Boulder, Colorado measuring over one hundred different VOCs over time revealed peaks in emissions of siloxane during rush-hour traffic. The peak was of approximately the same magnitude as benzene emissions, which are an indicator of vehicle exhaust. However, upon further investigation, scientists discovered that the siloxane emissions were not emitted with vehicle exhaust. Scientist correlated the siloxane emissions with commuter traffic but not with the vehicles – the pollution was coming from the commuters themselves. The peaks occurred during morning rush hour after people get ready for work and leave their homes and again to a lesser extent during evening rush hour due to the VOCs evaporating throughout the day. As other sources of air emissions decline, VOC emissions from personal care products emitted from our own bodies are becoming a huge contributor to urban air pollution.

Siloxane is simply a marker for other VOCs in these studies. The large number of VOCs used in personal care products, and other consumer products, could be contributing significantly to air quality decline and the related health impacts. The FDA regulates substances in cosmetics and needs to be studying all the impacts on our health. Sign the petition to ban the use of siloxane in personal care products until we have more information about the impacts on our health and the environment.

Siloxane used in personal care products is contributing significantly to urban air pollution. Studies of VOCs in the atmosphere over time indicate that these emissions peak with commuter traffic but are not emitted from vehicle exhaust. Scientists believe that these emissions are coming from the commuters themselves, having applied these products prior to leaving home.

VOCs evaporate into the atmosphere and react with other compounds to form ozone and particulate matter, which compromise air quality. They are also known to bioaccumulate, increasing in concentration as they are passed along the food chain, making removal nearly impossible.