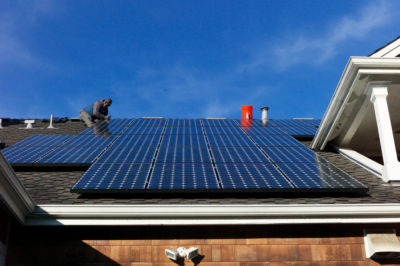 California is poised to take a major step forward in its renewable energy initiatives. In complement to its program that provides financial incentives for the installation of solar panels on existing homes, state leadership will now likely approve mandatory guidelines that would make all new homes solar-friendly. When it passes, this initiative could set a promising standard for environmentally conscious energy practices that other states might model.

While the new template would provide exemptions in limited cases, almost all newly constructed homes would have to be fitted with solar panels by the year 2020. Not only could this important move save homeowners an estimated tens of thousands of dollars in energy consumption a year, more importantly, it would make one of the least environmentally damaging energy sources a crucial cornerstone of one of the nation’s most populous regions. Just about 20 percent of current California citizens have partially solar-powered homes, so boosting this number could be a boon for the surrounding environment.

Sign this petition to urge the nation’s leading energy organization to monitor California’s experiment closely and consider how solar power might benefit the entire nation.

California is poised to become a leader in solar power and renewable energy initiatives. The state energy commission will soon make a major push for solar panel inclusion on most newly constructed homes and living spaces. Experts estimate up to $60,000 in energy savings for the state’s citizens.

This technology holds much promise for the future as a continuous, independent energy source that will never deplete and never emit harmful substances that slowly poison our environment and its inhabitants. While efficiency and cost remain concerns, every day technology is evolving to meet these concerns. This technology can only realize its potential, however, through time and investment. Solar technology has already been demonstrated as a major driver of job creation.

Investing in this technology is an investment in the economy, the environment, and, most of all, in the future of this planet. Please take lessons learned from one of America’s most influential states and implement a nationwide plan of investment in solar panels and solar technology.