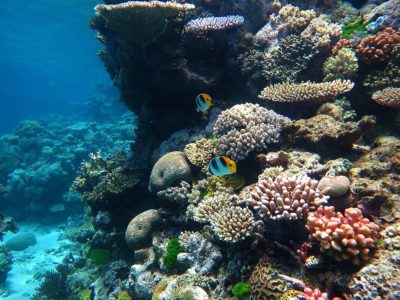 Goal: Commend the Australian government on their strides to protect the Great Barrier Reef.

The Australian government has stepped up to protect and restore the Great Barrier Reef, encouraged by the ForceChange community and this petition, which called for funding restoration efforts to replace damaged or lost coral. Since that time, Prime Minister Turnbull announced the investment of $500 million (AU) in the protection and restoration of the reef through the Great Barrier Reef Foundation. This investment is “the single largest funding commitment ever for reef conservation and management in Australia’s history,” according to Josh Frydenberg, the Minister of the Environment and Energy, and it represents a step in the right direction for continued protection of this important and sensitive ecosystem.

The Great Barrier Reef is an incredibly biodiverse coral reef supporting a myriad of marine life and representing a boon to Australian jobs and the economy. The reef is also incredibly sensitive to small changes in temperature and has experienced two major bleaching events in the last two years due to climate change. Australia’s investment will help to improve water quality, reduce the threat from the harmful crown-of-thorns starfish, monitor the reef’s health, and restore damaged coral through techniques such as coral spawning and breeding adaptive, more resilient coral. The government’s acknowledgment of the importance of this issue may encourage additional private funding in support of this important cause.

Your funding of millions of dollars for the protection of the Great Barrier Reef is an important step in reducing the reef’s decline due to climate change and other environmental threats. I commend you for your efforts to reduce the pollution and crown-of-thorns starfish population that damage the reef, as well as your efforts to restore the lost and damaged coral.

The Great Barrier Reef is an important resource, both for Australia’s economy and the surrounding ecosystem, that is constantly under siege by climate change, pollution, and other threats. Australia’s significant contribution to the Great Barrier Reef Foundation will have a profound positive impact on the hundreds of miles of reef that need attention as well as the global attitude towards reef restoration.

Thank you for your leadership in funding this significant undertaking. I urge you to continue funding the protection of this unique ecosystem, not only for its economic importance but also its incredible biodiversity.