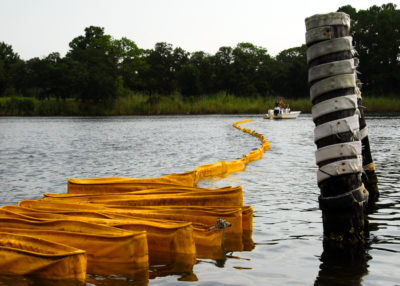 Some of Houston’s largest public well and fishing water supplies have been found to be polluted with a carcinogen named dioxin, leading to these waterways being designated as “hazardous” zones. The waste comes from the paper industry’s dumping of toxic waste into public water supplies. The state of Texas has commissioned investigations into the affairs but refuses to make the full findings public, not even releasing the documents to academic researchers who were studying the water themselves. The Texas Commission on Environmental Quality was tasked with finding a cause and solution to the problem, hopefully addressing the problem fully in order to restore Houston’s water quality.

Instead, the commission has denied requests for a document release and has simply marked the waste zone as hazardous, without providing a meaningful explanation or solution to the problems Houston now faces from the poisoned water supply. Information such as this can not be held from the public, the citizens of Texas deserve to know the full extent of what they are dealing with. Sign the petition below to demand the documents be released.

The people of Texas are counting on your committee to serve them ecological justice, instead you have insulted their intelligence by refusing to release the vital documents from the investigation into the water supply. The responsibility to tell the truth lays in your hands and it is your duty to inform the public of the details of those findings.

Public trust is only as strong as the leaders who speak truthfully. If you are not able to tell the truth about your findings, then the public should have no trust in you. We demand you act immediately and release a full disclosure.