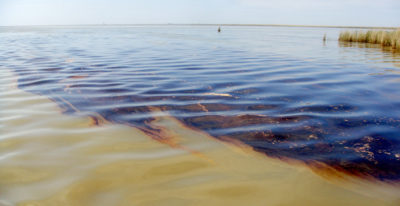 Goal: Prevent U.S. coastlines from being opened up for unfettered oil exploration.

Our planet’s rare and endangered aquatic ecosystems are once again under attack in the name of “energy exploration.” The U.S. Government is currently proposing oil drilling along the country’s coast. Opening up the entirety of the U.S. coastline for offshore drilling will kill deep-sea ecosystems. The more drilling that is allowed, the more likely a spill or accident will occur and affect the sensitive deep-water coral reefs that form the base of the ocean ecosystem. The proposed program for developing the U.S. Outer Continental Shelf for oil exploration needs to be stopped before there is irreparable damage to our coastlines.

The new plan under consideration by the Department of the Interior and the Bureau of Ocean Energy Management would open up 90% of the federally owned offshore areas for oil exploration without any regard for the potential environmental consequences. Oil exploration includes a number of different steps, such as investigative surveys, drilling, and pipe laying, any one of which has the potential to damage sensitive deep-water coral reefs. Oil spills can occur, as well as physical damage to the reef itself during drilling. In some cases, cleaning up the spills can be just as harmful, with the oil dispersants poisoning the coral reefs. Drill cuttings, or tiny pieces of metal that are produced during drilling, can float up to the surface of the water and smother the coral reefs. Scientists believe, at the current projections for development and the historical spill rates, that an additional 5,000 new oil spills, anywhere from small to catastrophic, will occur in the next five years due to this development plan.

These deep-sea ecosystems provide food and shelter for other marine life. Impacting the coral reefs will impact all aquatic life and could mean disaster for the ocean environment. According to experts, coral reefs could take decades to rebound from catastrophic events such as the Deepwater Horizon spill and may never function the same. It is imperative that these delicate ecosystems be protected from oil exploration activities. Sign the petition to prevent the Department of the Interior from causing irreversible damage to the deep-sea coral reefs and all ocean life.

Offshore drilling of U.S. coastlines could cause irreparable damage to deep-sea coral reefs that form the foundation for ocean life in these ecologically sensitive areas. I implore you to consider the environmental impacts before allowing unfettered development of these areas, which will increase the risk of a spill or accident and could cause irreversible damage to the ocean environment.

Scientists estimate that an additional 5,000 spills, ranging in size and extent, could occur over the next five years based on this development plan and the historical rate of spills. Any number of activities during oil exploration can negatively impact the environment, including not only oil spills, but the drilling itself into the ocean bottom, the release of metal particles during drilling which smother the coral reefs, and even the toxic dispersants used to remove oil spills. No spill could be considered inconsequential when any minor impact to these deep-sea coral reefs will subsequently affect all of the organisms that rely on these coral reefs for food and shelter. The more drilling is allowed, the more likely there is to be environmental harm to these delicate ecosystems. If that is not enough to convince you, consider the implications, economic and otherwise, to our beaches and fishing industries.

Don’t ignore the facts in the name of “energy dominance.” Once you lead us down this path, the impacts to these important ecosystems could be irreversible. Please take time to consider the environmental consequences before approving oil exploration up and down our coastlines.