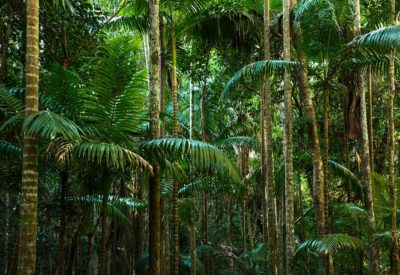 Goal: Bring an end to the destruction of Indonesia’s rainforests by holding a major financial company accountable for its support of palm oil plantations.

A major financial company is clearing Indonesia of its rainforests and peatland and facing no consequences. Lembaga Tabung Haji (LTH) publicly trades palm oil from 32 estates spanning 620 square miles. These forests and their habitats are dying at an alarming rate.

Not only has LTH destroyed forests, it has done so against stringent agreements not to do so with buyers. LTH is visibly going against “no deforestation, no peat, no exploitation” agreements.

Firms under LTH’s watch have been suspended for these destructive actions, yet new ones are cropping up. Sign the petition to demand that the government of Indonesia hold LTH accountable and punish the company for its actions.

Financial firm Lembaga Tabung Haji (LTH) is destroying your nation’s rare and endangered rainforests and peatlands. More than 620 square miles, home to thousands of endangered species, have been destroyed. LTH has faced no serious consequences.

The actions taken by LTH are unethical, both morally and environmentally. I demand your government take action to finally hold LTH accountable for its destructive actions. Your forests should be protected, not pawned off to the highest bidder.