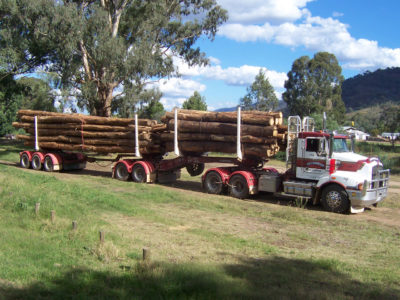 Target: Josh Frydenberg, Minister for the Environment and Energy, Australia

Goal: Protect a valuable source of water by ending the destruction of a vital mountain forest.

Experts say that Melbourne’s water supply could be at risk due to over-logging and highly destructive brush fires that have all but destroyed the remaining mountain ash forests in Victoria’s central highlands. These forests allow rainwater to accumulate in vast quantities, which provides most of the water that the city and its over four million residents depend on for everything from drinking to showering.

While corporate greed has fueled the over-logging for decades, ecologists say that the water the forests hold has far more economic value. “The value of the water that flows into the water catchments is about 25.5 times higher than the value of the timber cut from those same catchments,” says professor David Lindenmayer from Australia National University. The forests are also home to a number of endangered species like the Leadbeater’s possum and are a critical habitat for greater gliders.

The Australian government has been placing more value on ensuring that the logging industry can make a profit while endangering wildlife and putting an entire metropolitan region at risk of collapse. Sign this petition to urge the nation’s environmental minister to protect the remaining mountain ash forests.

The water supply for over 4.5 million Melburnians is at risk due to years of ongoing deforestation in Victoria’s central highlands. The rapid collapse of the mountain ash forest ecosystem has pushed a number of animal species to the brink of extinction, such as the Leadbeater’s possum, and could now jeopardize the future of one of Australia’s fastest growing urban areas.

The Australian government has prioritized the logging industry’s profit margins at the expense of both wildlife and people, yet the water catchment provided by these remaining mountain ash forests far exceeds the value of the timber that is being removed. No corporation’s bottom line should come before the needs of people and the other species we share this planet with. We demand that you end all logging permits in this ecologically sensitive area before it is too late.