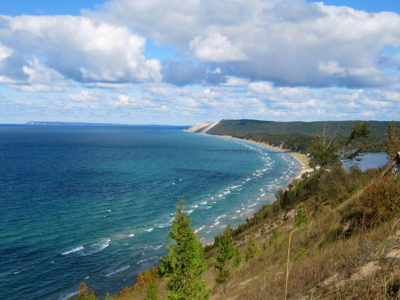 Goal: Repeal a decision made to allow tech conglomerate Foxconn to drain seven million gallons of water a day from Lake Michigan.

The Wisconsin Department of Natural Resources (DNR) has recently okayed a plan backed by Republican governor Scott Walker to allow tech manufacturer Foxconn to siphon off seven million gallons of water a day from Lake Michigan to produce its LCD screens. This massive water diversion has the potential to impact the local ecology, potentially putting dozens of native species at risk. We must denounce this move and urge Wisconsin officials to repeal their decision granting Foxconn free access to drain this iconic lake.

Foxconn claims it needs the vast volumes of water in its LCD manufacturing process at its planned factory location in Mount Pleasant, Wisconsin. However, it is estimated that almost 40 percent of the water removed from the lake will be lost and never used, largely due to evaporation. While the DNR claims this mass water withdrawal will account for only a very small uptick in the total surface volume removed annually from the lake, environmentalists worry this move will encourage other corporations to muscle in and ask for greater water withdrawals in the future.

We must prevent such a water crisis from occurring in Wisconsin or anywhere else. Sign this petition and demand that the Wisconsin DNR deny Foxconn access to these waters that rightfully belong to wildlife and people alike.

I am writing to express my deep concerns and disappointment regarding your decision to allow Foxconn to drain up to seven million gallons of water a day from Lake Michigan, one of your state’s most iconic natural landmarks. Even though Foxconn’s planned intake will only remove a small fraction of a percent of the lake’s vast quantities of water, this move sets a bad precedent that could still result in environmental catastrophe.

The Great Lakes, including Lake Michigan, contain one-fifth of the world’s fresh surface water. They are a national treasure and must be protected, both for the sake of people and wildlife. That is why we are urging you to repeal your decision and prevent Foxconn from having free access to drain and contaminate these waters as they see fit.