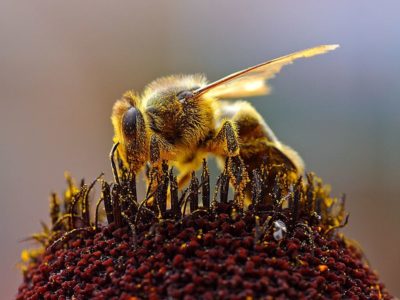 Target: His Excellency Donald Tusk, President of the European Council

The European Union has decided to ban the use of neonicotinoid pesticides, which have been identified as posing a significant threat to bee populations. Because bees are so vital to pollinating the crops people rely on for food, the ForceChange community petitioned the head of the European Council to ban the use of these pesticides entirely. In response to public outcry such as this, and recently released reports on the devastating impact these substances have, the EU has at last decided to put an end to any outdoor use of neonicotinoids.

For years, scientists have known that these commonly used pesticides wreak havoc on the insects’ nervous systems. Reports have also shown that all forms of outdoor pesticide use can contaminate soil and water, resulting in pesticides poisoning wildflowers and crops planted in later years. The EU’s decision to ban these harmful substances will prevent further damage and allow the environment and bee populations to slowly recover over time.

While the ban will not be in effect until the end of the year, it is an important sign that international leaders are making the planet’s biodiversity and future food production priorities. Sign the petition below to congratulate the president of the European Council for this historic ban.

Millions of people across the world are grateful that the European Council has agreed with some of the best scientific minds that neonicotinoids pose a grave threat to global bee populations. We now know that the decision to make these pesticides available over a quarter of a century ago was a colossal mistake that has resulted in the contamination of water and soil across Europe and around the world. Thankfully, your council’s decision to ban these substances will provide a beacon of hope, offering both bees and the environment a chance to recover.

This vote will likely be remembered as a historic decision and hopefully help secure food production and biodiversity for the future. We, the undersigned, wish to thank you for not listening to the fear-mongering propaganda peddled by pesticide manufacturers, and for putting the health of our planet before these corporations’ profits.