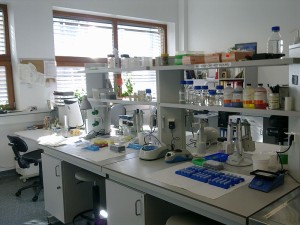 Goal: Allow the use of crucial scientific resources in developing environmental policies.

In the wake of the March for Science, EPA Administrator Scott Pruitt is launching a  new attack on science that could threaten environmental and public health efforts. This time, the highly controversial EPA head is taking aim at the scientific research that has informed so much of our current understanding on environmental and health issues, such as a highly touted Harvard study that linked air pollution to premature death. These are exactly the kinds of beneficial tools that scientists sought to protect when they recently converged in Washington and protested alongside the president’s motorcade.

The latest attack by Pruitt, a well-known former foe of the organization he now leads, would dismiss and undermine scientific data that has not been publicized or reproduced. This step would very likely disregard many clinical studies that do not publicly disclose specific data because it would violate patient privacy. Therefore, reports that make an effort to retain patient confidentiality, like the aforementioned Harvard study, would be considered “wrongheaded,” in the words of Pruitt.

Pruitt and his allies view this maneuver as an attack on so-called “secret science”—a long-time, beneficial tool of the EPA—and on apparent “hidden agendas.” Scientists immediately called out Pruitt’s proposal as yet another assault on scientific integrity, however. Opponents hope to use the one-month period before the proposal goes into effect to reverse this damaging decision.

Sign the petition below and help these advocates stand up for the science that informs and enriches our environment.

In celebration of Earth Day, science professionals and everyday citizens from every state implored government leaders to “save the earth from dying.” In response to these passionate requests, the EPA announced plans to strip away some of the most invaluable and vital scientific tools at our disposal.

The proposed elimination of key science data outlined in the “Strengthening Transparency in Regulatory Science” guidelines would take direct aim at, among other things, insightful clinical data that relies upon confidential medical information as a critical resource. If this regulation were in place previously, decades of essential information that has informed environmental and public health policies would have been lost.

With cuts to both environmental and health programs already on the horizon, you cannot afford to sacrifice the tools that have long bettered this country and its most precious resources. Stop this damaging proposal today.