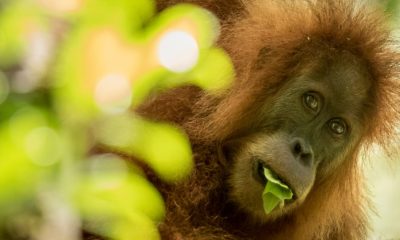 The Tapanuli orangutan population is about to be split in half by a Chinese construction company looking to build dams in the species’ natural habitat. Last November, roughly 800 of these apes were discovered in northern Sumatra, and despite pleas and petitions demanding their protection, the company still intends to push through with its plans.

Splitting the population in half will decrease the species’ chances of growth and survival. According to Erik Meijaard, the director of Borneo Futures, “a small population is more likely to go extinct than a large one;” fewer apes in the same area means fewer breeding opportunities. Worse, loss of habitat means loss of protection and food sources, which will lead to starvation and death by attacks from predators. It could also make them more vulnerable to diseases.

We cannot let these orangutans disappear after they were only recently discovered. The loss of a species not only harms the ecosystem, but the discovery was a cause for celebration among wildlife conservationists in a time when many wildlife species are disappearing or losing their federal protection. Sign this petition to stop the construction of dams and ensure the survival of the Tapanuli orangutan.

Northern Sumatra’s recently discovered Tapanuli orangutan population is in danger of being split in half by a Chinese construction company looking to build dams in the area. Not only would these dams destroy thousands of acres of the species’ home, but the population being split into two smaller groups is also detrimental to their breeding opportunities. Currently, their numbers are roughly 800, possibly less, and lack of breeding opportunities coupled with lack of food and shelter could decimate the population quickly.

You must not allow the construction company to build these dams. Too many species of wildlife have been under attack in the past several years, with many being nearly extinct; right now we must work to preserve as much as we can. The discovery of a new species is a cause for celebration and effort, and you must aid us in the effort to keep the Tapanuli orangutan safe. Outlaw construction of these dams, and ensure the safety of these great apes.