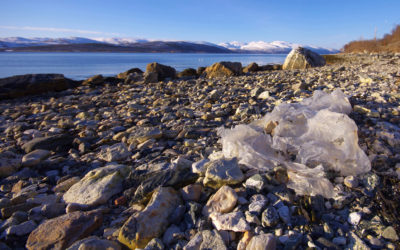 American and British scientists recently discovered a plastic-eating enzyme that could potentially lower mankind’s impact on the environment. What makes this substance unique is its ability to metabolize polyethylene terephthalate, or PET, at fast rates. Patented in the 1940s, PETs have a notoriously long lifespan prior to biodegrading and currently litter much of the biosphere, especially in marine ecosystems where aquatic animals are inadvertently digesting deathly amounts of plastic. Research shows that over eight million tons of plastic debris is entering the ocean every year.

Plastic contamination is becoming a rampant problem, since only 9 percent of it is recycled worldwide. Recently, a sperm whale was even found dead along the beach with over 64 pounds of plastic in its system. Although the enzyme prototype is still being perfected, legislative support from the Senate Committee on Environment and Public Works is essential for future implementation. Backed by Congress, the laboratories involved could pioneer prospective rehabilitation projects and provide sustainable solutions to society’s plastic dependence. The sooner we rectify this crisis, the better.

Researchers from Britain’s University of Portsmouth and the U.S. Department of Energy’s National Renewable Energy Laboratory recently made a scientific breakthrough after adding amino acids to a bacteria extracted from a Japanese dump. The modified enzyme is capable of quickly digesting polyethylene terephthalate, or PET, which is the most common type of plastic scattered across the Earth. As a member of the Superfund, Waste Management, and Regulatory Oversight congressional board, you have the potential to change the dangerous course we’re taking in terms of contaminating the planet.

While both facilities are still perfecting the strand, your endorsement will be paramount in order to someday introduce this product to the public sphere. Imagine the strides the United States could make in lessening our need for landfills while deterring plastics from reaching the ocean. Animals’ lives could be spared and new jobs created by producing innovative recycled products or creating new processing facilities across the country. This way, we can prevent further debris from reaching the ocean and hinder further ecological destruction. We urge you to support this important work.