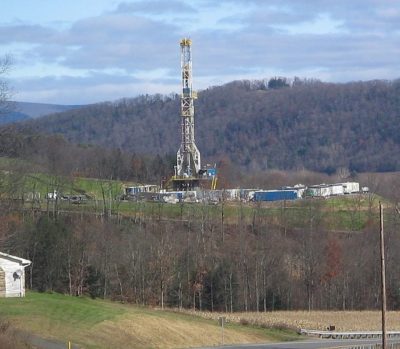 Goal: Ensure the natural landscape of Pennsylvania remains intact by banning the harmful practice of fracking for good.

Across the nation, fracking has led to serious environmental degradation and even deadly ailments for both humans and animals. New York has implemented a statewide fracking ban and other states are currently in the process of doing so as well. However, the state of Pennsylvania, with its rich landscapes and many important bodies of water, has yet to ban the dangerous practice.

In fracking, oil and natural gas are obtained from deep under ground by “hydraulic fracturing.” This has led to oil and natural gas leaks, polluted water, deadly explosions, and even man-made earthquakes. Our environment will never be able to recover from the damage this practice has inflicted.

Pennsylvania governor Tom Wolf supports a ban on fracking in some areas. Sign the petition to ask for his support in banning fracking statewide.

Fracking has destroyed landscapes across the United States. It has led to man-made earthquakes, deadly explosions, polluted water, and barren farmlands. People have fallen ill and endangered species have died. The damage we do now can never be undone.

Several states have already or are in the process of banning fracking. I ask that you join them and protect the forests, rivers, farms, and streams of Pennsylvania.