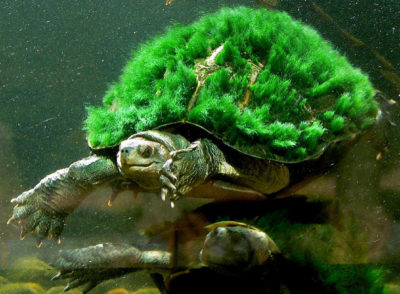 Target: Josh Frydenberg, Minister for the Environment and Energy, Australia

A turtle species native to Australia is in danger of extinction. The Mary River turtle is a unique Australian reptile known for growing green patches of algae on its head and shell and for its amazing ability to spend up to three days underwater without surfacing for air. Despite these amazing features, the turtle is also now recognized by the Zoological Society of London (ZSL) as one of the world’s 30 most endangered reptile species. As the population of Mary River turtles has been in decline for over four decades, it may be only a matter of time before they are gone forever.

Early reasons for the turtle’s decline were due to overexploitation in the pet trade. Because of the turtle’s docile nature, vast numbers of eggs were collected to satisfy consumer demand. While this trade is now illegal, the turtle continues to face other ecological threats, such as habitat loss caused by dam construction.

The Mary River turtle is a truly unique animal that needs our help to ensure its future survival. Sign this petition and demand that the Australian government take all necessary measures to help this turtle thrive once more.

Mary River turtles were once commonly spotted in their native Queensland habitat before the pet trade and river dam construction caused their numbers to plummet. Now they are recognized by the Zoological Society of London as one of the world’s most endangered reptiles, and unless conservation efforts are stepped up, they may disappear forever.

Because continued development on the Mary River threatens these vulnerable turtles, it is vital that what little healthy river habitat remains be protected against further human encroachment. While this little turtle may not be as well known as other Australian species, such as the koala or platypus, it deserves just as much respect and attention. Please ensure that all necessary measures are taken to ensure its continued survival.