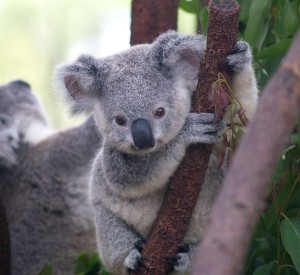 Goal: Save Queensland koala population by preserving as many trees as possible.

Queensland’s koala population is rapidly disappearing due to mass tree clearings. The trees are chopped down to make room for housing and infrastructure, robbing the species of their natural habitat and rendering them vulnerable to the high concentration of fast-moving vehicles, predatory dogs, and lack of food due to industrialization of the land.

Nearly 5,000 koalas died within the span of four years, from 2012 to 2016, and the death toll continues to rise to this day. Koalas cannot thrive or survive outside their natural habitat, and the trees not only provide their shelter and water supply, but the gumleaves they subsist on. The fewer trees there are, the fewer gumleaves, thus many koalas starve to death if they are not hit by motorists or attacked by dogs first.

The species will disappear completely within a few years’ time if the tree clearings are not curbed. We cannot allow these wonderful animals to vanish from this planet forever. Sign this petition to demand a stop to the tree clearings in Queensland.

Queensland’s koala population may completely disappear in a few years’ time due to mass tree clearings. Many forests worth of trees have been cut down to make room for housing and infrastructure, robbing the species of their shelter and food source. This has caused nearly 5,000 koala deaths within four years, many of which were starvation-induced. Those that do not starve are killed by passing motorists or attacked by dogs.

You must stop the tree clearings before this species is gone for good. The koala is a vital species to Australia, and trees are vital to the ecosystem as a whole. You cannot allow industrialization to rob the planet of these wonderful animals. Ban the clearing of trees and give koalas a fighting chance.