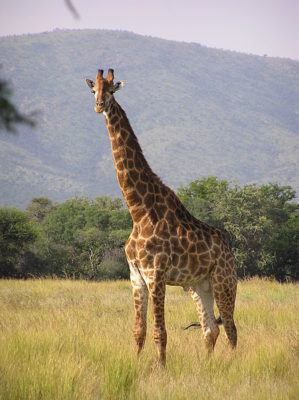 Goal: Ban the import of all giraffe hunting trophies into the United States.

The world’s tallest animal is in danger of vanishing thanks to the greed of trophy hunters. Over the past 30 years, the sub-Saharan African giraffe population has plummeted by nearly half, as foreign hunters, many from the United States, have hunted the majestic creatures for their spotted skins or simply for the bragging rights. Experts warn that unless trophy hunters are prevented from bringing coveted giraffe trophies back to the United States, all giraffes may face a “silent extinction.”

Over the past decade, it is believed that American trophy hunters have brought back over 21,000 giraffe bone carvings, roughly 3,000 skin pieces and thousands of other miscellaneous hunting ‘souvenirs.’ Each trophy represents a part of a once-living animal and attests to the fact that American hunters have slaughtered thousands of these creatures needlessly. Yet the United States government has failed to recognize the giraffe’s plight, as none of the nine subspecies of giraffe are currently considered endangered.

Giraffes are unique inhabitants of African savannas and woodlands that deserve to have a future in the wild. Please sign this petition to demand that the United States stop allowing trophy hunters to drive them to extinction.

The giraffe is one of the world’s most recognizable mammals and one of Africa’s most iconic species. Yet as beloved as these creatures are, they are at grave risk of extinction thanks to trophy hunters, many of whom are traveling from the United States with the hopes of bringing back hunting souvenirs, including skins and bone pieces. Giraffes are being killed at unsustainable rates, and if this is allowed to continue, it is likely they may disappear forever.

Your department has a responsibility to protect endangered wildlife. That is why we, the undersigned, are urging you to at long last classify giraffes as endangered and prevent the import of all giraffe hunting trophies into the United States.