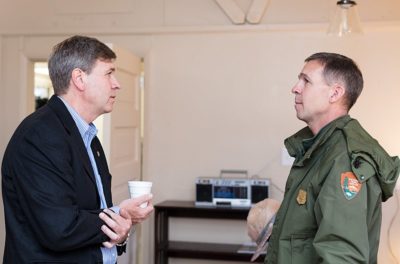 Goal: Stop the National Park Service from erasing any mention of human impact on climate change in official guidebooks.

The National Park Service has erased any mention of human impact on climate change in a long-awaited memo detailing the effects of climate change on rising sea levels. The erasure of this information means that there will be no accountability moving forward when we discuss the causes of climate change. Erasing humans’ role in climate change is akin to saying you don’t need a driver to operate a car.

The move is another in a long line of actions by the Trump administration to categorically reject climate sciences as being valid. The more we reject science, the further away we move from progress. Sign the petition below to demand history remain intact.

The notion that humans had nothing to do with climate change is absolutely ludicrous and insulting to the scientific community at large. Your denial of basic facts is troubling to the American people and leads us to not being able to trust you in your current position.

The leader of the Parks Service should be dedicated to the welfare of the environment and those who seek to enjoy it, so why risk the natural beauty of our country? We the people demand that you step back and return all mentions of human involvement in climate change to Parks Service materials.