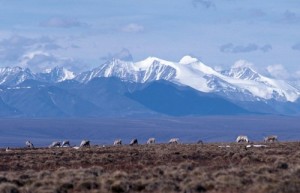 Thousands of wildlife species’ migration patterns are threatened by 40 million miles of concrete. These roads are highly dangerous to the animals forced to cross them; many are killed by motorists each year, and they provide next to no nourishment to sustain them during their lengthy journeys. Those who are not endangered on these roads are blocked from travel by the settlements and developments they lead to, while aquatic wildlife are blocked by over 400 dams.

Migration is highly important to many species. It is how they seek out others of their kind to breed and increase their numbers, and it is how many protect themselves from adverse weather effects. With this inborn instinct and life pattern of theirs blocked by settlements such as dams or endangered by dangerous road conditions, these animals remain isolated. They suffer the negative effects of summer or winter, and are unable to reproduce. This has already led to the endangerment of many species, and will possibly cause extinction of some down the line.

These structures are beneficial to human beings, but these benefits should not come at the expense of wildlife and their natural patterns. Sign this petition to demand safe passageways for all migratory wildlife.

The migratory patterns of thousands of wildlife species are in jeopardy due to the increasing amount of roads and settlements being built. While these roads and settlements are vital to humans, many animals are killed by passing motorists, or blocked in by dams or other structures. Migration is highly important to the survival of these animals, as it aids them in seeking out others of their kind for reproduction and allows them to seek protection from adverse weather effects.

You must aid in making the roads safer for wildlife, and ensuring that there will always be passages for these species on land, in water, or in the air. If unable to migrate, these animals will become endangered or even go extinct due to adverse weather and a lack of chances to breed and increase their numbers. It is possible to allow for urban development without destroying these animals’ way of life.