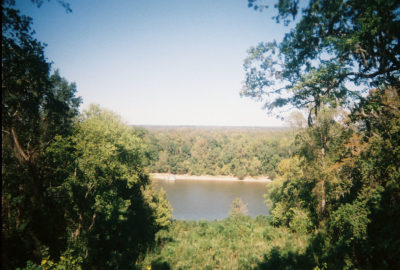 Goal: Allocate more resources to research in order to help save the endangered Florida torreya.

The Florida torreya is the most endangered conifer in North America due to climate change and a fungal pathogen. In the hopes of saving the species, scientists are now using gene-editing to help plant trees that are resistant to the disease. Organizations are attempting to revive the Florida torreya, with more than 800 specimens in gardens, preserving genetic diversity to restore the species in their natural habitat later on. Another method used is assisted migration, where the trees are moved to a more favorable climate. While the Florida torreya once covered vast stretches of land, today, only 0.22 percent of its former population lives.

A fungal pathogen introduced from China during World War II is responsible for the tree’s decline. This is not the first species of tree that has suffered greatly from fungal pathogens, but this time, with the help of biotechnology, scientists are able to single out genes that will help fight off the pathogen, creating a new generation of trees. The process is tedious and technical, but it provides a new hope for conservationists.

Environmentalists and scientists grapple with the question of whether or not to save the torreya, which has a limited range and little commercial value; this can be an opportunity to instill environmental stewardship values. Commercial value should not determine whether an endangered species should be saved. Saving this species will help save others facing extinction and will help determine our attitude towards conservation. Sign the petition below to urge the Florida Forest Service to allocate more resources to helping save the Florida torreya.

The Florida torreya is an endangered tree species that is suffering from a fungal pathogen introduced back in World War II. While the species once flourished in Florida, now only 0.22 percent of its population remains. Scientists are cultivating sprouts in various gardens and laboratories across the country in the hopes of restoring its population in the wild. Advances in biotechnology have allowed experts and volunteers to extract fungal pathogen-resistant genes and create a stronger group of trees. Furthermore, conservationists have been performing assisted migration, where they help a species relocate to more favorable climates and circumstances. For the torreya, this means moving up north. Without further action, however, the tree could become extinct within the next 50 years.

Several other trees in the area suffer from the same problems, and massive tree population declines in the West mirror the Florida torreya’s fate. This period in the Earth’s lifetime is characterized by massive die-offs not just of trees, but of many plant species. Many people feel conflicted about how to or if they should determine whether or not an endangered species should be saved. I argue that a species should not be saved based on its commercial value, or anything else.

A species should be saved on the basis that it has a place in an ecosystem, and that we are stewards of the environment more than we are owners of it. I hope that you allocate more funds to research for gene editing in order to save the Florida torreya and many other species like it. Without the Florida Forest Service’s support, the Florida torreya will become extinct in 50 years; this is a critical time where scientists, conservationists, and governments need to act together to achieve a common goal.