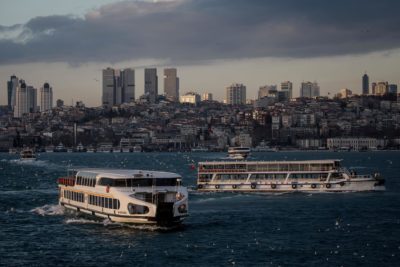 Goal: Halt the Istanbul Canal project until further environmental assessments have been executed.

A canal in Turkey slated to be completed by 2023 will potentially displace thousands of people, jeopardize water supplies for the nearby city, and destroy natural water systems. The Istanbul Canal is part of a three-part “crazy project” by the President in Turkey, including a new airport and several bridges to raise Turkey’s GDP. Today, the country is second only to China in the construction industry, which made up 19% of its economic growth in the past year alone.

The President claims that Turkey needs to invest in these projects and in the construction industry because the country produces little else. However, the proposed canal will not raise property values, but will result in an ecological suicide. Environmentalists argue that they have not been consulted about environmental assessments regarding development projects in recent years.

Those who speak out are seen as opposition to the Justice and Development Party. The government does not realize or acknowledge the tremendous environmental consequences that would result from this project. Building the canal means leveling 864 acres of forest, and displacing more than one million people. In addition, water supplies will be greatly affected; the current dam will be uprooted and underground streams and water sources will be disrupted. Furthermore, linking the canal will force two seas to join, but because the waters have different densities, the change in salinity could lead to a chemical odor in the air.

Many pro-environmentalists argue that local institutions no longer have a say in development projects. The government announces a plan and instead of revising it in consultation with experts, it becomes an order that must be followed. Although the construction industry might bring in foreign investment, the Istanbul Canal raises huge environmental concerns that the government is not addressing. Let us try to prevent displacement and water systems destruction and urge the Justice and Development Party to halt construction until proper environmental assessments have been performed.

The Istanbul Canal, a 30-miles long, and 80-miles deep construction project, will displace thousands of people, destroy water resources, cut through forests, and disrupt natural water systems. In addition, archaeological sites will be destroyed, such as the Yarimburgaz Cave, one of Europe’s oldest settlements. Environmentalists worry about these damages especially because they have not been consulted. Before, environmental assessments and expert consultation were needed before construction projects began, but now the government issues projects as if they were orders.

This is extremely distressing because there is so much at stake. Freshwater sources might be polluted, migration routes might be disrupted, and some fish species might not survive. Of course, these are only some concerns that could be explored with more environmental impact reports.

I understand that the construction industry will bring in foreign investment and help Turkey’s economy flourish, but a short-lived economic upturn does not justify ecological suicide. I hope that before any construction begins, the Justice and Development Party consults experts on sustainable development. I urge you to conduct appropriate and thorough environmental assessments before proceeding with the Istanbul Canal project.