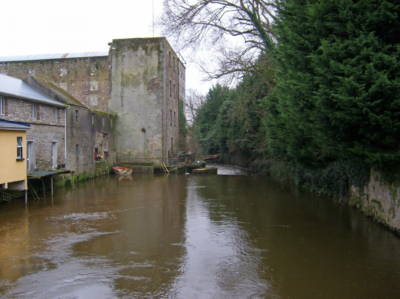 Untreated pig and chicken farm waste from mainland Valdor, Malaysia spilling into the sea will likely cause jellyfish blooms that will kill off fish. When this untreated waste finds its way into canals and into the sea, nitrogen, phosphorus, and potassium cause an overgrowth of microscopic plankton, depleting oxygen, causing fish to die off. Because jellyfish need very little oxygen to survive, they thrive. Furthermore, they catch fish larvae and fish numbers cannot stay up to suffice for human consumption.

This area is an urban-rural migration zone that helps relieve congestion on the island, but more and more are complaining about the farms. In an area of 345 acres, there are 43 pig and 57 chicken farms crammed next to each other. The Universiti Sains Malaysia Centre for Marine Coastal Studies have been studying jellyfish populations (which are growing) and water quality since October 2017. Water tested from a canal containing animal waste water contained ammoniacal nitrogen that exceeded a class five (severely polluted) river by 94 times.

Although the farmers are required to adopt closed farming systems by 2019, there must be something done in the meantime. We should not let fisheries die off; there is no telling how or if they will recover if we continue to let untreated animal waste pollute canals and the sea. The Department of Environment should act and enforce stricter regulations now or help the farmers adopt closed farming systems sooner. Urge the department by signing the petition below.

Pig and chicken farm waste from mainland Valdor is contributing to potential dead zones in the sea where fish cannot survive, and jellyfish thrive. The nutrients from animal waste cause microscopic plankton to bloom, choking out fish. In addition, jellyfish need little oxygen to survive and catch fish larvae, further diminishing fish populations for human consumption. Fisheries near water waste pathways will suffer, harming livelihoods and the environment.

Malaysia’s centre for coastal studies has been conducting research on jellyfish and water quality. They tested water from canals near the farms and it was 94 times more polluted than a class five (severely polluted) water, according to the Department of Environment standards. A State Environment Committee chairman asserts that they are aware of the issue, and that the area is vital to relieving congestion on the island.

Be that as it may, the state should be doing all it can to prevent this catastrophic event from occurring. Jellyfish populations should not be allowed to increase to the point where fisheries no longer exist. I implore you to enforce stricter regulations on farms in addition to the requirement to adopt closed farming systems by 2019. If possible, you must address the issue of helping farmers reduce water waste pollution, and help them adopt closed farming systems sooner. I hope that you take into account the destructive consequences untreated animal waste can have, and act to protect the environment.