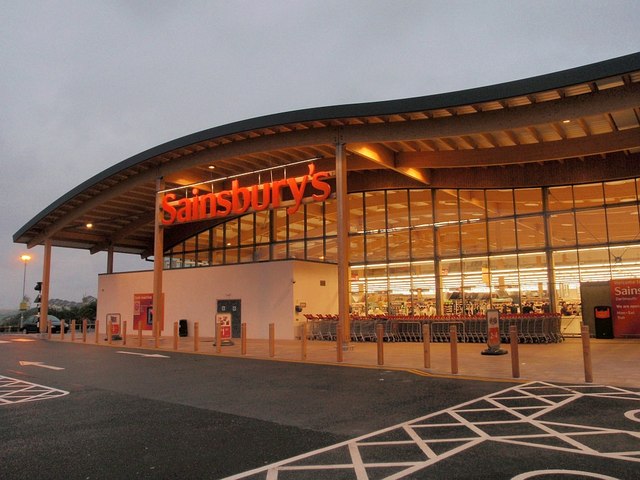 Solar panels have hit the supermarket, marking a significant milestone in the solar power industry.

Sainsbury’s, the third largest supermarket chain in the U.K., has partnered with British Gas to bring energy efficiency and groceries together.

They call it “Sainsbury’s Energy” and it will offer customers access to new energy technologies, energy deals, information, and energy saving advice.  All of this is found within the supermarket and presented by trained energy experts.

Sainsbury’s is now Britain’s one stop shop for gas and electricity, solar panels, insulation, and home energy assessments.  Not surprisingly, you won’t actually see rows of solar panels next to your tomatoes as they are not stocked within the store.  Instead, customers are able to order their efficient devices as they pick up their weekly groceries, while Sainsbury’s Energy delivers and installs the products at the home.

Despite having some of the lowest energy prices in Western Europe, British homes have some of the highest bills.  This is due to a lack of energy efficiency measures, such as insulation, and because of a low take-up of new energy technologies like solar panels and ground source heat source pumps.

A quarter of the UK’s carbon emissions come from the energy used to heat homes.  The “Green Deal” allows a British home owner to install energy saving means without costing them anything up front.  Consumers will pay for the products through monthly installments added to their energy bill.

Sainsbury’s is capitalizing on the government’s incentives towards energy efficiency and making it easy for the public to take advantage of them.

Knowledge is half the battle, and recent surveys have shown that 87% of British consumers don’t know what microgeneration technologies are, and 80% don’t know where to go to buy them.  The next time they take this survey, these numbers may be drastically changed due in part to Sainsbury’s effort.

Ease of purchasing isn’t the only enticing part of energy needs met at the supermarket.  Sainsbury offers large amount of reward points which in turn can pay for anything from groceries to vacation packages.  Each solar panel installed will give members 10,000 reward points, good for a Sainsbury credit of 50 Euros.  With the variety of energy saving products that the supermarket now offers, you can even use the points you get from solar panels to add insulation to your home.

To help promote their new line of products, a Sainsbury’s Energy roadshow will tour their supermarkets up and down the country all year long.  A fully interactive energy display truck will allow customers to talk to experts and see new home energy generation technologies in action.

Solar power still has a long way to go before it becomes a viable energy solution.  Solar technology is progressing but the reality is that solar panels are expensive and it will take a massive adoption of them before they will get cheaper.

Governments worldwide need to offer incentives to home and business owners in order to make energy solutions economically viable.  As the price of oil continues to rise, you may find energy solutions similar to Sainsbury’s available for purchase at a store near you.  Even if Sainsbury’s Energy doesn’t sell home energy solutions to all their customers, they offer a free education on current energy trends which can only serve help lower our carbon footprint.

They may be the first, but depending on how successful Sainsbury’s new campaign is, other corporations may follow suit and incorporate new green technologies into their product list.  We are witnessing a change in energy trends, and being green is becoming as easy as satisfying your grocery list.